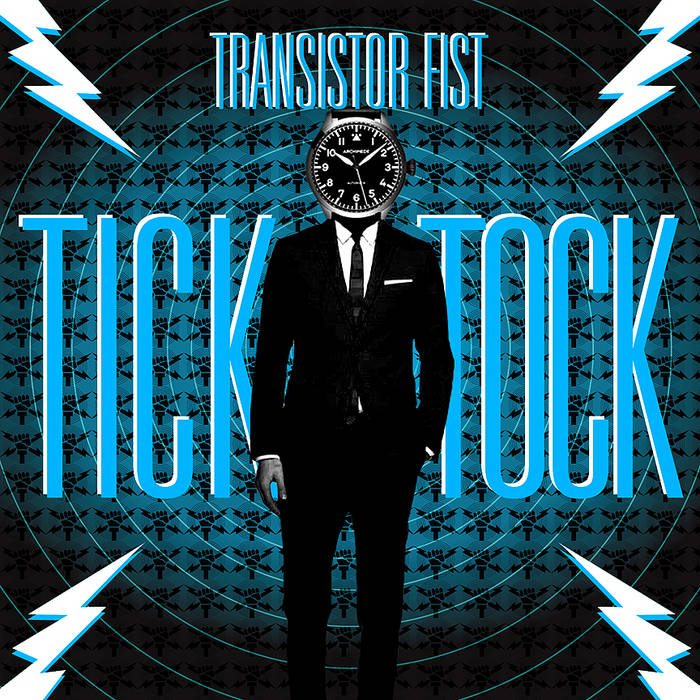 Shunning the mainstream tendencies of today’s hip-hop market, the duo of Senator Bret and The Goodson stay true to their vision of shadowy music with hostile, yet cautioning lyrics. After 12 years as a working group Transistor Fist has managed to allude the trappings of the aging hip-hopper and offer compelling, substantive music that offers a broad message and style for all ages and musical tastes, offering compelling music that relates as much to punk and hardcore as it does to hip-hop.

“Tick-Tock” fuses Goodson’s live acoustic guitar samples with the organic feelings of loss and misused time of the Senator’s reflective vocals. The song dissects man’s constant need for progress at the behest of society’s inherent needs, while reflecting on the individual’s inherent need for personal time and space that exist less and less in modern times.

The self-sampled sounds of “Tick-Tock” are the first from the duo of Senator Bret and The Goodson since the 10-year anniversary remix project of the group’s first vinyl single, 2001’s “Gotta’ Live.”

BACKGROUND: Transistor Fist surfaced in 2001 with a 12” vinyl release. “Gotta’ Live” b/w “Ominous” secured airplay at college radio around the U.S. “Erection” b/w “Who” and “Astrologic” followed before a full-length release. The self-titled debut LP saw major support in Europe, with many mix-show appearances and use in media projects, such as a Polish skate video. The LP explored a range of styles, offering a well-rounded statement. Through Soundwaves and Solitude was released in 2008 and was described as the group’s most focused work. Transistor Fist music has appeared on Speed TV and MTV. The group also recently scored the “One Light Workshop” instructional photography DVD. Senator Bret’s solo outing, Control, was released in 2011.

released May 22, 2013
Produced and mixed by The Goodson at Venus' Lounge - Atlanta, Georgia

Bandcamp Daily  your guide to the world of Bandcamp

Khruangbin and Greg Foat stop by with their amazing new LPs.